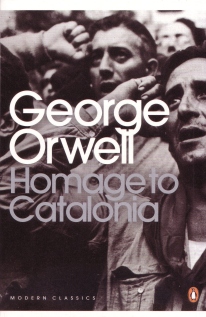 The Spanish Civil War began in July 1936, and continued through April 1, 1939. The civil war commenced, when a military coup was launched against the elected government of Spain, during the Second Spanish Republic. It resulted in the eventual defeat of the legitimate government. During the civil war, numerous groups with an extremely wide range of political and social views, generally referred to collectively as the Republicans, supported the government. The Republicans included strong contingents of Communists and anarchists and additionally included many residents of urban population centers. The Republican government was also particularly strong in industrial regions, including Catalonia and the Basque region.

The military coup, generally referred to collectively as the Nationalist cause, included primarily rural, wealthy and conservative elements. The Nationalists were also strongly supported by the Roman Catholic Church, as the Republicans were vehemently anti-clerical. While the Republicans favored a non-centralized, regionally independent approach to governance, the Nationalists favored strongly centralized power. The Nationalists, led by General Francisco Franco, ultimately triumphed and installed a dictatorship, which would be pro-Fascist, though officially neutral during World War II.

George Orwell’s Homage to Catalonia was first published in 1938 and is a first-person narrative relating his personal experiences as an infantry soldier fighting on the Republican side of the conflict, from December 1936 through June 1937 in or near Catalonia and Aragon. It is worth noting that when Orwell wrote and published the first edition of the book, the outcome of the Spanish Civil War was still far from certain. Orwell arrives in Barcelona in late 1936 as a journalist. He gets caught up in the revolutionary spirit of the times and joins the militia. He is assigned to a POUM unit. He spends some time in basic training and then spends three months in the trenches at the front. He sees some combat, but is mostly bored, hungry and exhausted.

He then receives some leave and returns to Barcelona to join his wife who has, by this time, also traveled to Spain. In Barcelona, however, fighting breaks out between rival Republican groups. Orwell is caught up in several days of street fighting, which eventually dwindles away. He briefly returns to the front and is seriously wounded and evacuated to a hospital, where he partially recuperates. Continued political rivalry in the Republican government eventually leads to the suppression of POUM, the political group with which Orwell is affiliated. As POUM is suppressed, former members are arrested, jailed, and sometimes executed. Orwell, his wife, and a few comrades escape arrest and flee to France. Orwell then travels to England, where he makes an extensive review of news accounts of the war and writes the book. He intersperses his journalist account of his personal war experiences with two lengthy sections describing the political situation in Catalonia, and with numerous corrections to what he sees as unjust views of, and information about, the war.

Our next meeting will be on: